March is finally here, and with it comes March Madness! For some, the annual NCAA tournament is the sporting highlight of the year – forget the Super Bowl, forget the World Series, forget the NBA Finals… March Madness breeds intense loyalties and a dedicated following. If you’re one of those people already, you know what we’re talking about. If you’re going into March Madness for the first time, be prepared to give yourself over to the madness that is March Madness! You’ll never look back! To get the most out of your experience, consider these five tips.

March Madness wouldn’t be the same without friends, family, and co-workers. It’s best when you can support your team, engage in some friendly trash talk with your fellow rivals, and enjoy food and drink while watching the games. A party makes everything better, particularly sporting events.

This year, consider ditching the 12-pack (or 24-pack) of beer and store-brand potato chips, and go upscale instead. You work hard, why not enjoy the fruits of your labor? Instead, put out hors-d’oeuvres and a charcuterie board, and swap out the generic beer for a variety of cocktails. If you want the best martini, choose Ketel One vodka. Stir with ice, strain into a martini glass, and garnish with a lemon.

Following along with March Madness can be a daunting task. At times, it can seem that whittling down to the Final Four involves hundreds of individual games. Even if this is a slight exaggeration, it isn’t much of one! To stay up-to-date on the games as they take place, follow along with your phone or tablet.

3. Determine Your Bracket (and Play the Game)

If you don’t have a bracket of your own, you may as well not participate in March Madness. When going to the horse races, it’s best to pick a horse, if only because it gives you something to do. This is true for the NCAA basketball championship as well. To determine your bracket, you’ll want to keep your eyes and ears peeled for Selection Sunday, which takes place on Sunday, March 13, 2016.

Selection Sunday is the day when the NCAA men’s and women’s basketball committees determine the field for that year’s championship tournaments. Once the teams have been announced, fill out a bracket – use your extensive knowledge of the teams and their individuals strengths and weaknesses, or simply wing it! Want a chance at attending next year’s Championship game? Take the March Madness Bracket Challenge and try your luck.

Just as it’s important to have a bracket, choosing favorites (and loyalties) is key to getting the most out of March Madness. It isn’t called March Somewhat-Interested-From-The-Sidelines. It’s not March Everyone-Comes-Out-A-Winner. It’s called March Madness! Pick a team and root for them with every ounce of energy you have – it will make the proceedings that much more enjoyable, believe us!

This year, March Madness games will be televised on CBS Sports and Turner Sports networks, including CBS, TBS, and TNT. There are many games to choose from, so you may want to check the schedules to find the games that interest you most. Of course, the live game schedules can also help you plan a party or two (see Step 1), so keep that in mind as well.

Watching live is the best way to follow the action, of course, but it also lends the proceedings a sense of excitement and adventure that next-day recaps simply can’t match. Don’t have cable television? Consider hopping down to your local sports bar or watching live via Roku, Amazon Instant, Google Play, or Apple TV. Live broadcasting is where it’s at. Don’t catch up the next day if you don’t have to. 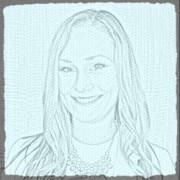 When Is Police Use Of Force Justified? [Infographic]

2 Reasons Why the Clothes You Wear Affect Your Health

Why Fantasy Sports Are So Popular Among Sports Enthusiasts