Avoiding the Common Problems of Running a Family Owned Business 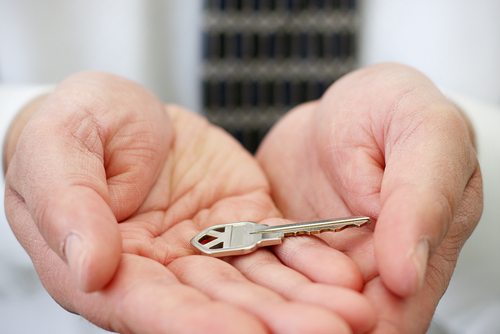 There is a big dip in the number of startups in the country, as per reported by Gallup. According to their sources, US is now 12th among developed nations in terms of business startup activity. That is indeed not good as it means not a lot of people are willing to risk going into business in the current economic climate.

However, with the decrease of startups, a surprising sector has been picking up the slack. A lot of family-owned businesses are actually doing well in the country right now. According to PWC, 70 percent of family-owned companies in the US have grown in the last year and 95 percent are foreseeing further growth in the next five years. That is great news for a sector that had once suffered setbacks when lots of smaller and medium scale businesses folded during the recent economic crisis.

Family businesses are a staple of the American economy since its inception. As stated in a 2013 Forbes article, about 90 percent of businesses in the US are at least partially controlled by a family and they generate more than 50 percent of the country’s Gross National Product (GNP).

Same Problems, Different Day
Unfortunately, even though family businesses are getting good growth in recent years, they are still suffering from the same problems that have plagued them since forever. According to the same Forbes article, less than a third of family businesses are able to survive the transition from first to second generation; and business survival numbers are even worse for transitions to third generation.
The problem is that a lot of these businesses operate the same way as when they were founded. Failing to evolve and eventually just failing as a business. But why do family businesses keep on falling on these situations:

Here are some possible reasons:

According to PWC, only 2/3 of family businesses have a succession plan. Even worse, only a quarter have an actual succession plan that is robust and documented. As said above, less than a third of family businesses survive the transition from first to second generation, and a lot of those companies fail to survive because there is no transition plan to hold the company together. Because it is run by a family, it is being treated as a family matter as well. Who takes over what post during the transition? Is it the eldest son or daughter? What if a sibling contests it, how will it be resolved? A clear succession plan from the current executives should be able to address all the issues and conflicts that should arise during the transition. However, how could that be even possible when you have problem number 2.

Another problem is that a lot of family businesses run their businesses as they run their household. Everyone has equal footing and no one is really solely in charge of one aspect of the business. This is acceptable if the business is in its early stages or if it is just a small-sized business. But once you have several departments within the company, you need to have capable people who will need a clear hierarchy to determine decision-making within the company. It can’t always be a decision by committee. Somebody has to take charge and be accountable for certain aspects of the business.

As said, a lot of family businesses are too set on their ways that they fail to adjust to the changing business environment. That is even made worse when the family decides to be too insular and refuse to hire outside help. As a result, some people are put in a position that they are not qualified to hold just because they are family members. In addition, this also deprives the company out expert knowledge on how to adjust to the modern business environment such as adapting new business tools like virtual PBX for communications from BroadConnect USA or similar PBX service provider, customer relationship management software for more efficient customer service, or project management apps for better collaboration. Being too insular limits the reach of the company because there is no outside perspective to change the status quo.

Not too late
If you are part of a family-owned business, it is not too late. You can still help your business survive, but you have to adapt some changes. First, you need to create an official hierarchy to determine who is in charge of what in the company. You should also not be afraid of hiring outside help to fill important positions and do not be content in hiring people just because they are family members. Last and most important is that you should put everything in writing. This includes the official shares of each stakeholder (family member) in the company not only in profit but in debt as well. This way, every role is clear and an action can be quickly determined for any situation.

Fitness Tips You Need To Remember As A Beginner