Somewhere in the world, at this very moment, there is a team of people working on the concept behind an automobile capable of taking flight. Automobiles have come a long way since the famous Model T. One of the greatest things about being car lover is that we will always have something to look forward to. The ingenuity and passion that drives the automobile industry has produced everything from the Model T to the first fully electric vehicle, from duds to wonders and everything in between. There is never a dull moment in the world of cars. 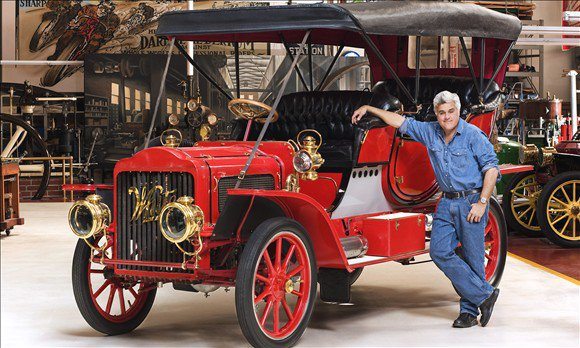 Late night staple Jay Leno is one of the biggest car collectors in the US. He owns close to 100 cars—and nearly as many motorcycles! Leno’s car collection is a cross section of the history of the automobile, including everything from early 20th century prototypes to the latest electric vehicles and everything in between. Leno owns twenty two steam powered vehicles. The crown jewel of his steam car collection is the 1906 Stanley Steamer. Steam engines were created around 100 years before combustion engines, with steam powered cars making their first appearance in the latter part of the 19th century. In 1906 The Stanley Steamer captured the world land speed record, clocking in at an astonishing 127 mph. The steam engine car had one major problem, and that is that it sometimes took up to the thirty minutes to start! The introduction of the electric starter in 1912 marked the beginning of the end of the steam car. Leno is frequently spotted driving his steam cars in the Los Angeles area—he was even pulled over for speeding at one point!

The Worst Car Ever Made? 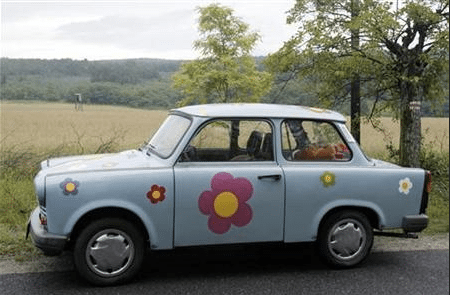 First rolled in out in East Germany in 1958, the Trabant holds the honor of being a frequent addition to worst cars of all-time list. The Trabant reflected the overall mood of the cold war era East Germany—sullen. The Communist political system of East Germany favored control over innovation, making for a less than optimal environment for creativity in automobile manufacturing. The Trabant has the distinction of being one of the only cars in history with a body made out of cardboard. Granted the Trabant’s cardboard was compressed and sealed with a plastic resin, but cardboard is cardboard. The Trabant’s two-cylinder, two-stroke engine was notoriously unreliable and had a habit of producing billowing clouds of black smoke—sometimes inside the car. As if that weren’t bad enough, Trabant models often didn’t bother to include turn signals, break lights or rearview mirrors. The Trabant was a mainstay in East Germany until the fall of the Berlin Wall, mainly due to the fact that there weren’t many other cars available for purchase. Residents of East Germany were stuck with the Trabant until the fall of the Berlin wall in 1998, when a large number of Trabant owners abandoned their vehicles after passing into West Germany. The fall of the Berlin Wall brought a merciful end to the Trabant, with production stopping in 1990. 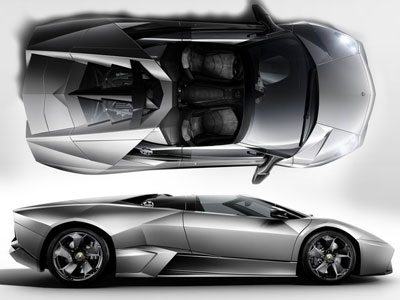 Buyers of the 2007 Lamborghini Reventón Convertible Roadster shelled out in excess of $1.7 million dollars to own what was at the time the most expensive street-legal vehicle available. The Reventón was limited to a lifetime production of just fifteen vehicles, all of which were snatched up before the car officially went on sale. With looks that mirror a fighter jet, the convertible Reventón looks every bit as expensive as it is. Covered in a glass hood, the V12 650-hp engine is capable of doing 0-60 in 3.4 seconds. The Reventón has a max-speed somewhere in the area of 205 mph. There are few vehicles in the world that can go toe to toe with this beast on an open road; a driver in Dubai is said to have pushed the Reventón to an astounding 221 mph. The interior of the Reventón features a unique g-force meter that measures drive forces, liquid crystal displays and a slick blend of black leather and brown Alcantara. Similar to the convertible model, the hardtop version was limited to a production of just twenty one, with one model going to the Lamborghini museum. All twenty hardtop models were sold before the Reventón made its first public appearance. How is that for exclusive?

From the good to the bad and the bizarre to the boring, the history of cars is a fascinating study of human innovation and engineering. The future of the automobile is an exciting mystery, but one thing is for: it will be a fun ride the whole way.

Whether you are homeschooling or just trying to keep kids occupied this summer, chances are you are looking...
Read more
Advertisment

Another Look At Balloon Boy