They call it OWS — Occupy Wall Street. While it began in Manhattan with a few individuals protesting financial institutions they believed responsible for the stock market crash of 2008, it grew, spread, and eventually became an international movement of interconnected protests that took the form of encampments and occupations. They appeared in cities across the globe.

Criticized from the outset for being a movement without a message, lacking in demands, composed of the dregs of society such as the homeless and anarchists, and willing to entertain too many rotating minority interests, Occupiers insisted they represented 99% of the population: the majority, the working poor, the unemployed, and otherwise disenfranchised across the world.

The protesters said they acted in retaliation against the 1% — the excessively wealthy, the tax-exempt multimillion-dollar corporations, the “banksters” who created money out of thin air, and used it to oppress an entire continent.

On October 1, 2011, the movement was picking up serious momentum across the nation. Protests, marches, and occupations were in full force, and the refrain,”We are the 99%” seemed like it might actually become part of the national vernacular. That was the case until OWS protestors, walking from their Zuccotti Park occupation, supervised and escorted by officers of the NYPD as they crossed the Brooklyn Bridge in their biggest march yet, were suddenly corralled and arrested.

More than 700 protesters and peaceful marchers were detained that day. All but 20 of the individuals who had been arrested were released by the following day, the worst charge against them being disorderly conduct. During the incident witnesses and protesters recalled being herded, almost encouraged, by police to approach and enter the Brooklyn Bridge … the same police who then arrested them for the action.

The end of the occupation

In the final weeks of the active occupation of Zuccotti Park and other parks across the US and the world, police retaliation grew steadily worse. Eventually, park campers who had been tolerated and moderately harassed by local governments were deemed illegal. Their tents were torn down, and the occupants were evicted or arrested. During these last few moments of tumult and distress, protesters were arrested for a multitude of reasons, held overnight, and released.

While the movement has changed since its inception, the message remains alive for millions of Americans. The movement’s active attempts to highlight and protest the corporate ownership of America, and economic injustice across the globe, have moved to virtual terrain.

Using social media, Adbusters, the Canadian publication responsible for inciting OWS action, has created a real world/virtual world game that protestors can play to respond to the ongoing problems originally addressed by Occupy. It’s called #Pirateparty, and the only way to win is to play. 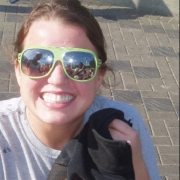 Are We There Yet? Sixty Years of Road Trips [Infographic]