A Look at India’s Internet Boom 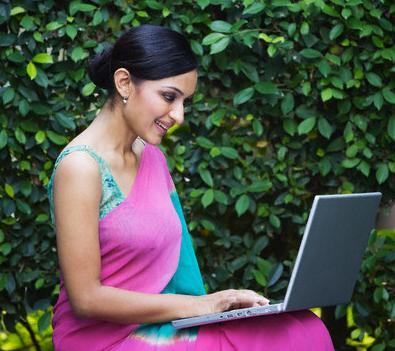 When we evaluate who is using the Internet, we’re likely to think of countries like China, with nearly 500 million users, or the United States, which has about half as many active users but still comes in second among the world’s top users of the Internet. But recent studies have shown that both countries had better make room for India, which is in the midst of a huge Internet boom.

The many benefits of India’s Internet boom

Aside from the basic advantage of being better connected to the rest of the world and having that access to vast knowledge stored online, the Internet boom in India is expected to create more than 20 million new jobs and increase revenue by $30 billion dollars within just three years, according to a recent report. India has one of the world’s fastest growing economies on the planet, and it’s safe to say that the future of its economy (and other aspects of the culture, for that matter) lies largely with the Internet.

Along with job opportunities and increased revenue, the Internet boom in India has opened up the world’s market to Indian consumers. Not only is the Internet changing India, but India is changing the Internet as well. Now companies are racing to appeal to this new market.

Along with the economic aspects, there are plenty of other cultural changes that India can expect to undergo, thanks to this Internet boom. When we look at how the online environment has affected other countries, India is clearly on the verge of embracing social media, online schools, and online dating.

When a person logs onto the Web in India, it’s likely to look a little different from a web connection in the United States or other countries. Of course, users would want an India-based search engine to get locally relevant results.

India has in excess of 100 million internet users. This is still dwarfed by neighboring China, but the number of users in India is steadily increasing. A large proportion of Internet users are young, which is certainly not a phenomenon unique to India but a trend among users all over the world. This means the youth of India are joining their peers across the globe and earning their place in the digital generation.

Anna Johansson
Anna is a freelance writer and researcher from the Olympia, WA area who loves to obsess about weird topics and then write about them. When she isn't writing, she is outside on her bike and comtemplating her eventual trip to graduate school.

You Love the Sun, But Does the Sun Love You?

As the weather gets nicer, it's reasonable to want to be out in the sun more. Regarding health...
Read
Society

3 Things To Do When Getting Pulled Over By A Cop

While no one likes to get pulled over by the police, unless you’re doing something that would get...
Read
Family Life

5 Tips to Protect Your Family’s Welfare During COVID