Getting your license is an exciting time. Being able to strike out on your own and drive yourself around is an exhilarating experience. You can now go where you want, when you want to go. But, as the saying goes, with great power comes great responsibility. Now that you’re able to get out there on your own, you must make sure to avoid driving poorly. Not only can bad driving habits and poor driving possibly injure someone or damage property, it can also have serious financial consequences.

What Is Poor Driving?

Of course, everyone knows that driving while drinking or under the influence of drugs is a horrible idea. There are, however, a few less-obvious habits that many drivers have that might not seem like a big deal at first.

While you may get impatient while driving it’s important to keep a handle on those feelings while you are behind the wheel. Speeding, tailgating, and trying to beat red lights can all lead to accidents and, in some cases, if an accident does happen in while you are exhibiting this behavior it can be considered “intentional damage.”

A hot topic in recent years has been texting or talking on a cell while driving. Doing so can distract a driver and increase the risk of an accident happening. Furthermore, doing so is illegal. Text messaging while driving has been banned in 39 states and 33 states ban all cell phone usage by novice drivers.

One thing that might not cross your mind too often is using blinkers. At first, it might not seem like a big deal, but these are used so that you can indicate your driving intentions to other drivers who otherwise have no idea what you are planning to do. By signaling, you give them a chance to slow down and reduce the possibility of a rear-end collision.

All of the bad driving habits above can result in tickets, especially if they result in an accident and you are found to be at fault. Tickets are never fun to get, and they can be expensive, especially in situations such as speeding or texting while in a school zone.

Not paying these tickets can result in further costs, such as court costs. They can even result in jail time, as eventually warrants will be posted for the arrest of the individual for unpaid traffic tickets.

An accident caused during a moment of poor decision-making while driving can result in the need for repair. Car repairs are often expensive, and this can place a great financial strain on you, needing a lot of money in a short period of time to fix your ride.

While traffic tickets are easy, albeit expensive, to take care of, poor driving habits can have more subtle financial consequences. Insurance companies look over your entire driving record when determining your insurance rates and, as a result, the more tickets you have the higher your insurance premiums will be. What’s worse is that these increased premiums will follow you for some time, turning a few bad driving decisions into the gift that keeps on giving.

Should you cause an accident due to poor decisions while driving, the financial repercussions can be even worse. Insurance companies penalize drivers with poor driving habits, often by increasing their premiums. But insurance companies can outright deny a driver insurance, thus rendering it illegal for you to drive your car.

This piece was contributed by Franz Branheim, a freelancer who concentrates his efforts on such topics as car insurance, driving tips, automobile gadgetry, and other related matters. Teens looking for car insurance should be sure to conduct a thorough investigation on their chosen company. 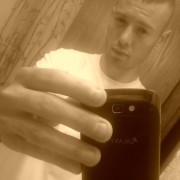 J. Rex Olson is a freelance writer based in the greater metropolitan area of Seattle. He enjoys writing for the sake of writing, and likes to contribute material on a wide range of topics and issues. When not writing he loves playing basketball and taking in a symphony.

Why We Don’t Have Paperless Offices Yet

Obama Picking Up His Nobel Prize

Secrets Of The Uber Productive

Save The Children and See Where The Good Goes

Getting The Right Lawyers in New York