Everyone knows that to succeed in business, it takes a holistic approach. This means a serious internet marketing campaign and solid web presence. Unfortunately, some companies learned the hard way that a lack of web presence can destroy a business. Heed the warning of these four now bankrupt companies and invest in a great web marketing team. Without a web presence, a company might as well not exist–literally.

While it’s rare, certain niche markets don’t really need a web presence in order to succeed. However, if a company is entertainment-based, that means it needs to provide entertainment on perhaps the most important platform: the internet. This is where the Mickey Thompson Entertainment Group failed. Never heard of it before? There’s a good reason why.

It used to be the sanctioning body for US short-course off-road racing that happened inside of stadiums. Mickey Thompson was a talented desert racer whose goal was to bring the sport to a wider audience, and his dreams began in 1979. Thompson passed in 1988, but the televised series survived well into 1996–until it went bankrupt. While there’s plenty of speculation, the timing can’t just be coincidental. The failure to establish a web presence during the bustling 90’s might be a big reason for the bankruptcy.

Now the Clarion Hotel in Las Vegas, this property has a difficult history. Debbie Reynolds bought it in 1992, but experienced one disaster after another. She put $15 million into renovations, added a museum and a 500-seat theater where she could perform. Jackpot invested initially, but reneged in 1996 because it was a losing hotel. Reynolds filed for bankruptcy the next year.

Notice anything missing from Reynolds’ plan? Another 90’s endeavor, there was no money put into online marketing.

This Japanese game publisher and developer came out with quite a few promising items in the 90’s including Fire Pro Wrestling. The company did the outreach and had games available on a variety of popular platforms. The skills and passion were there. What wasn’t present was a solid web presence to dominate the gaming market. Human Entertainment went under in 1999 during the heyday of the dot com era.

Another video game developer, this company was based in San Francisco and operated from 1993-1997. At one time, it had 60 full-time employees and a very promising future. Unfortunately, it also didn’t withstand the dot com bubble and couldn’t make it into the aughts.

What do each of these companies have in common? A lack of web support, internet marketing and savvy. Companies need the expertise of professionals like VividCandi in order to survive. Otherwise, some great ideas and immense passion might all be for nothing. 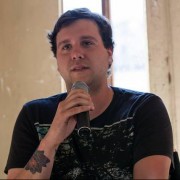 Why American Internet is Lagging? [Infographic]

How Technology Can Save the Small Business

The Simple Sell: Techniques For A Business To Sell To The Right Customer