Scoot over, Paris, the City of Lights! Your lantern-lit boulevards and ambitious light constructions on your signature lattice tower may insist that you’ve still got it, but only about just, as even Europeans have started to look for their nocturnal inspirations elsewhere. Take Bono, the hopeless romantic – even he seems to have found his “city of blinding lights” overseas. So maybe it’s about time to learn who your rivals for the crown really are.

Basing your judgements about LA’s night scenery on Ryan Gosling’s 2011 hit Drive, it would probably appear more like a kingdom of darkness to you. However, all it takes to truly appreciate the beauty of the City of Angels by night is getting out of its downtown and taking it in from a more elevated viewpoint, preferably somewhere close to nature which LA is not short of. Watching the skyscrapers burning bright over the otherwise low-levelled skyline with the sounds of wildlife echoing through your ears is a truly unforgettable experience.

This city’s nightly skyline is the perfect representation of the highly technologised future we’re all moving towards.  As the world’s most ‘vertical’ city, sporting 1223 skyscrapers, Hong Kong prides itself for having one of the most impressive skylines in the world and celebrates it every single night with a truly spectacular light and sound show, complete with spotlights and colourful beams set to music. 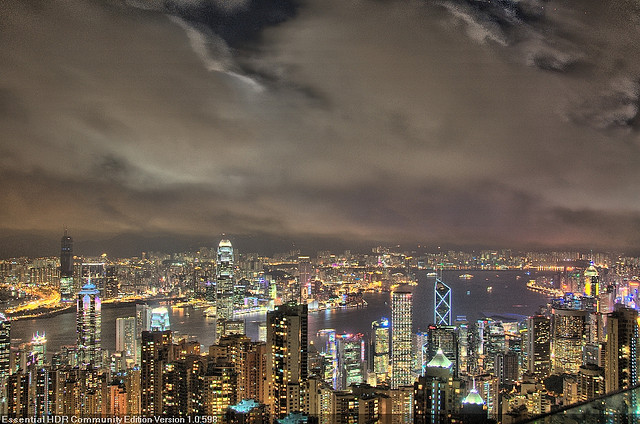 New York might have seen its “storm of the century” this autumn, sinking lower Manhattan into darkness for several days, but it was previously a spectacularly lit and thriving city – and I’m sure it will be again soon, too! Pictures really speak for themselves here – isn’t the image below just beautiful?

Home of the world’s tallest building from 2004 to 2010, Taipei in Taiwan is another witness of humanity’s technological advancements (and Asian tradition). The 101-floor building, constructed to withstand typhoons and earthquakes, towers over the city like a watchful eye (inevitably bringing yet another movie reference to my mind) and every New Year serves as a platform for a fireworks show, preceded by a projected countdown to midnight. Best place to take the city’s skyline in from? The Elephant Mountain, one of the Four Beast Mountains surrounding the city!

Even if I believe that it was Meg Ryan rather than anything else that kept Tom Hanks sleepless in Seattle, the view of this Manhattan city’s well-lit skyscrapers and the ambitious Space Needle mirroring in the Puget Sound is certainly the reason you need to pay this North-western U.S. city a visit.

Finally, let me tell you a secret. The reason behind Paris’s title as the City of Lights has less to do with the lighting instructions in the city itself as much as playing a crucial role in enlightenment (how very French of them!), serving as both a centre of education and of ideas. What does it mean for us? That the actual crown for the best-lit city world is still up for grabs!

Now, which city would you vote for?

Estelle Page is a blogger and self employed interior designer who believes that one of the perks of the darkest time of the year is the ways people can learn to appreciate the true beauty of their cities by night – even if no fairy lights are  involved. She blogs for Dunster House. 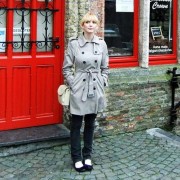 Advantages of the RV Lifestyle

5 Top Sodas from Around the World

What’s So Great About Austin? [Infographic]

4 Ways to Stay Safe While Traveling in California

Must-See Hidden Sights in the UK