Top 5 Most Searched For Celebrity Homes

According to Hooked on Houses, the top five celebrity home searches on the site all belong to some of the most well known and well regarded celebrities of the past few years. One is in the news 24/7, while another one is a former Friend we all know and love, and one is all about Sex and The City.

However the one thing they all have in common is their love of real estate, and some might even say – their prowess in real estate. Especially Jennifer Aniston, who is known in Hollywood for having a keen eye on good property. However she’s not the only one with hot property skills, below we profile four other stars and starlets that dabble well in real estate.

Jennifer Aniston has a few homes, however one of her most recent purchases is the Bel Air property featured below. This is a Mid Century home which she bought early last year for $21 million dollars and features many top notch amenities including 8,500 square footage, floor to ceiling windows, long covered balcony, three acres of land, a pool, guest house, wine cellar and its own private vineyard. Quite lovely indeed, what do you think of Jennifer’s latest buy? The home that Kim Kardashian recently purchased with boyfriend Kanye West is a beauty of astounding proportions. The home is over 9,000 square feet and cost upwards of $11million. We love the style and design of this home, it has color, ambience and lots of good decor throughout. It features 5 bedrooms, 6 bathrooms, an elevator, bowling alley, hair salon, wine cellar and tennis court among other built in amenities. It’s totally new and it just so happens Kim and Kanye will be neighbors with Ms. Jennifer Aniston – which we just mentioned above. 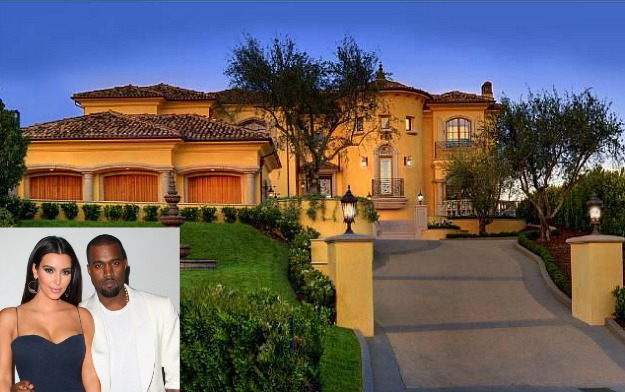 Kelly Ripa from “Live With Kelly and Michael” is selling her magnificent SOHO penthouse home
that she shares with husband Mark Consuelos and her three children. The home is quite breathtaking and offers one of the nicest NYC penthouse outdoor spaces we have ever seen, the private roof deck is over 3,000 square feet long and comes complete with an outdoor fireplace. 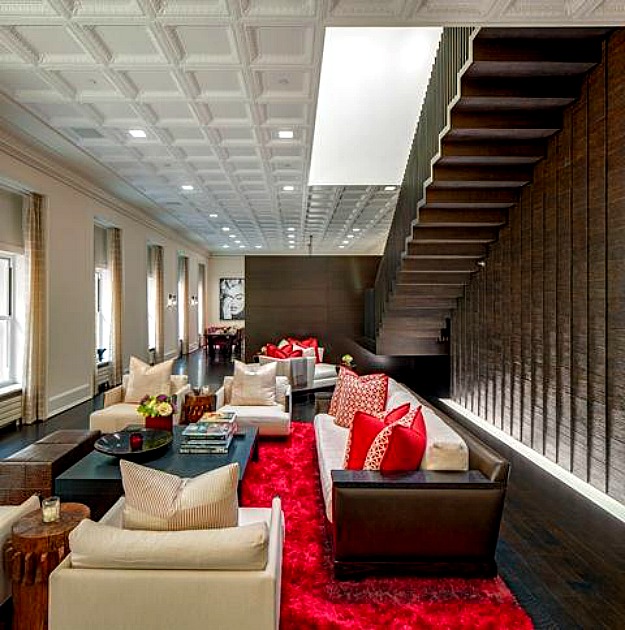 The Parker and Broderick clan also have a few homes scattered around and about New York City, but one of the most searched for is the Greenwich Village townhouse they have for sale. The home is as expected, lovely and with many high end touches throughout. This sexy property was bought in 2011 for $18 million and is now on the market for $25 million. Like this one? 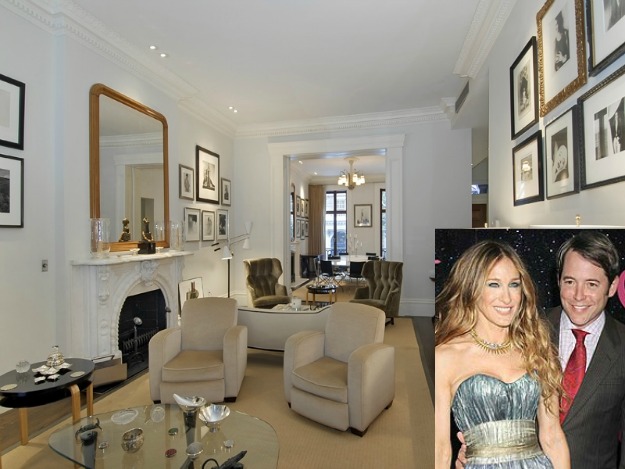 The last most searched for celebrity home on the Hooked on Houses blog is none other than that “Sweet Home Alabama” gal – Reese Witherspoon. The home has lots of celeb street cred to its name having belong to a designer, and created by glass maker Edward Libbey. However that is not the only famous Edward to set foot in the gorgeous ranch home. This Summer, during the infamous Twilight break up between Robert Pattinson (named Edward in the movie) and Kristen Stewart, he stayed here with former co-star Reese for a few weeks while things quieted down. The house itself is a Ranch style home that has 4 bedrooms, 3 bathrooms, a barn, horse stables and sits nicely on 7 private acres. 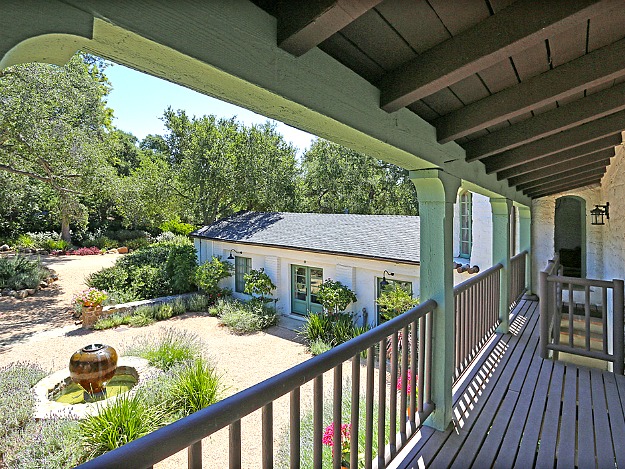 Guest post brought to you by the guys and gals over at the people search engine.