The Death Of The Workstation? 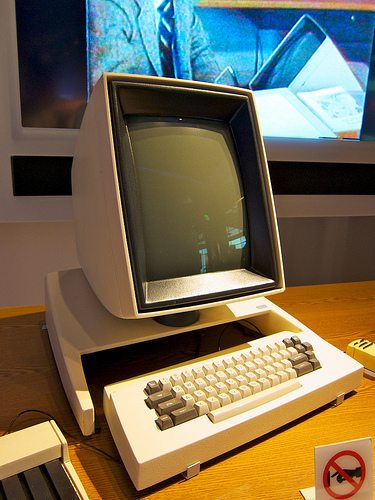 The history of technology is littered with specimens that didn’t quite make it. These machines may have been useful when they first emerged, flashing and whirring, into the world, but were soon eclipsed by grander technological evolutions.

Is the workstation about to join the Sega Dreamcast, Minidisks and fax machines on the pile of outdated and freakish technological curiosities? This is an interesting question because while its market has taken a huge hit since the peak of its powers in the 1980s, the workstation has dug in and remains in the game…for now.

What is a workstation?

A workstation is a type of high-end microcomputer that is used by a single user or group of users for the purpose of business or specialised kinds of work.  Generally designed to be operated by one person at a time, workstations tend to be connected to local area networks and run multi-user operating systems.

Workstations were built to have displays with higher resolutions, faster processors, greater memory capacity and higher performance then desktop computers, for use in the manipulation and visualisation of complex data sets for design, engineering, modelling and animating.

Workstations differ from consumer PC models in a number of other ways, which ends up contributing to the high retail price.  Because they were built specifically with business needs in mind, workstations are generally quite easy to scale up or out and are designed to be able to run at high capacity for much longer.

This high performance hardware means that workstations are sustainably more expensive than most PCs, which may have been a significant factor in their eventual decline. But first came the glory days.

The 1980s and the heyday of the workstation

While the 1970s laid substantial parts of the groundwork for modern workstations with models such as the Xerox Alto and the Terak 8510/a, it was the 1980s that really catapulted the workstation into the popular consciousness.

The arrival of the 32-bit microprocessors in machines like the Motorola 68000 provided an evolutionary push that resulted in a lot of players entering the market, including Sun Microsystems. Part of the dominance of workstations came from the fact that their high prices were justified because they possessed features and capabilities that were simply not available on commercial PCs at the time, such as high speed networking and the ability to handle powerful graphics. The highly specialised nature of most workstations also means that they tended to have much larger profit margins for companies then consumer PCS.

But with the crushing inevitability of technological progress, the winds were changing.

By the end of the 1980s, the consumer PC was beginning to catch up with the workstation, especially with regards to memory, megapixel display and getting the compute performance to at least a million floating point operations per second.

Further, workstations required more specialised and technical maintenance than standard PC support, as the parts would almost by definition be non-standard.

Soon, the most expensive, high end consumer PCs could pretty much take care of all the functions that a workstation could, but with a number of distinct benefits. Firstly the price of these PCs, even the high end ones, was still substantially lower then even mid range workstations. Secondly, the humble PC had revealed itself to be a much more flexible machine then the highly specialised workstations, thereby also making PC support a cheaper proposition. Finally, many companies came to realise that they simply didn’t need the kind of hardcore computing power that workstations offered.

And so the market share of workstations has continued to decline from the end of 1980s onwards but has so far yet to disappear completely off the map. Why is this?

The state of the current workstation market

The current workstation market stands as shining example of the rise, fall and convergence of technology in the modern world. As of 2009, all of the RISC based product lines have been discontinued and the remaining product lines tend to centre on an ever diminishing range of high end, highly specialised workstations that are still needed for certain kinds of industry.

Dell is the world’s largest manufacturer of workstations, closely followed by HP. The market around them continues to decline as users continue to switch away from high end systems. It will be particularly interesting to see how tablets and smartphones become integrated into the corporate computing world and how this affects both the now ubiquitous PC and its increasingly isolated older brother.

Do any of you guys still use workstations and if so, how long do you see them holding out for?

Is The Steve Jobs Kool-Aid Wearing Off ?