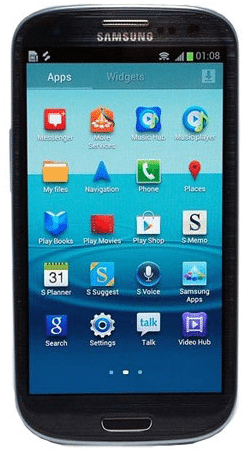 You liking the Samsung Galaxy S III? The commercials during the London Olympics were very inviting. Even for me, an Apple Fanboy to the heart.

The blue and white models are nice, however, I like jet back for my mobile devices and Samsung is not going to disappoint.

According to a post on SlashGear, UK smartphone retailer MobileFun has launched a pre-order page for the black edition of the Galaxy S III, promising that the smartphone will be shipping sometime in the next four to six weeks.

One can only assume that the US based model will be very close as well.

The black version will be identical in terms of specs and capabilities. That means you’ll get a 4.8-inch Super AMOLED 720p display, a quad-core Exynos processor clocked at 1.4Ghz, 1GB of RAM, and an eight megapixel camera with 1080p video recording.

Samsung first released the white version of the phone throughout Europe, with the blue variant of the handset affected by strange clouding issues on the casing. The problem was soon corrected, however, with the blue version promptly becoming available. Blue and white aren’t the only colors for the smartphone either, with AT&T offering a red version in the United States.