A Virtual Visit to The London Olympics 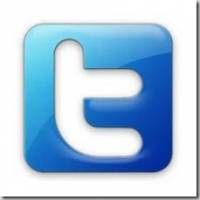 The 2012 Summer Olympics kicks off next Friday, July 27th. If you can’t afford a plane ticket to London, and won’t be near a TV set from then until the games end on Sunday, August 12th, you can still be a virtual visitor to the games, thanks to two apps from NBC for iPhone, iPod Touch, iPad, and…

The Pros and Cons Of Being A Professional Sportsperson

What Makes Soccer Such a Lovable Sport That Everyone Enjoys?