Disneyland, The Happiest Place on Earth! Is it? 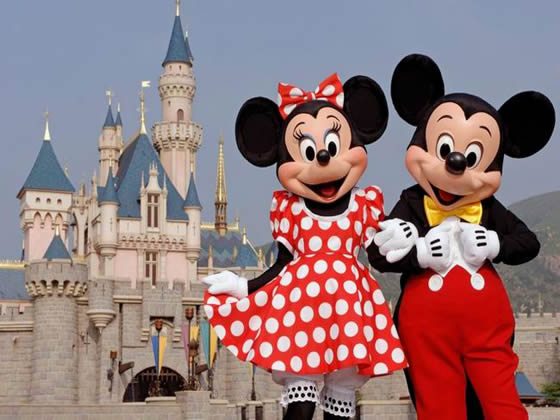 So leave it to my” genius of a husband” to plan a quick “getaway” or “vacation” if you will, to the Happiest Place on Earth. Really? Is Disneyland really the “happiest” place on earth? Perhaps, it can be….but our last trip wasn’t all that “magical.”

Nevertheless, I felt like I was packing for everyone. Even, if dad is the “main” one who packs for every trip we go on because he doesn’t trust MY judgement as far as clothing. Once the packing was complete and with usually 3 or 4 hours of sleep, we were on our way to Disneyland!! We are smart. We leave early so that all six kids are still asleep and not so “cranky” on our way to LA. One by one, they start to wake and soon our “pit stops” begin. On average, which really isn’t that bad, we stop about 2 to 3 times before we get to Disneyland. With eating breakfast and needing “potty breaks,” we usually get to LA about 6 hours…..sometimes even 7. Ouch! This last time, we stopped twice and got there two hours before we were even able to check into our hotel room. So, what did we do? We hung out in the parking lot and let the kids run wild! Finally, our four bedded suite was ready. Off to Disneyland we went!! Oh and did I forget to mention that we also brought my lovely, pregnant niece and Vanessa’s “boyfriend” who really isn’t her “boyfriend” anymore, but still is her “boyfriend” and “son” to me.Confused? Join the club, Ah, but ya gotta love the extra help, people!!

Overall, the trip was an experience. The four days we stayed was certainly an eye opener for me. Not only did it make me want to drink and kill my husband for planning this trip, but it made me realize that “perhaps” we should next time bring the DOUBLE stroller, like I had suggested, instead of the SINGLE stroller like my husband did. From the moment we got there, to the day we left, Erik and Emma would fight over who would sit in the stroller or who would push who, while the other sat in it. Emma (2 yrs) was overall, tolerable. She’s really at the stage where she’s content and “goes with the flow.” Erik, my “cry baby” cried for just about EVERYTHING. From not getting what he wanted, being tired, being looked at “the wrong way”, to the sounds of fire works. Yes, this was our trip to Disneyland. It was hard. By the end of the day, it wasn’t just the kids that were tired. I too, was wiped out. And the thought of having to do it again the next day, made my stomach turn.

But at last, the last day arrived, not only did it rain but the kids were “done” with Disneyland. They were ready to go home. All, but Nicholas (5 yrs). He had such a great time. He had never been on roller coasters before. But with this trip and his older brothers, torturing him and making him go on them, he had a blast. His face lit up and the smile he gave us while waiting in line was priceless.

As we drove off, leaving LA… Nicholas AND Erik asked when we’d be coming back again. It was then at that moment, as I looked into their bratty little eyes and replayed the “crying, whining, tantrums and hair pulling” moments that we had just experienced, that I realized I’d do it all again. Why? Because, there WILL be a day when they’re all grown up and I will wish for those crazy, hectic moments…..those memories that we had created at Disneyland. Hell, maybe it is sorta magical there! After all, parents do come back with their kids, right? LOL.

You may have heard some of these “facts” about fitness that many fitness gurus will profess. However,...
Read

How Has COVID-19 Affected College?

School systems and especially colleges and universities have been hit hard by the outbreak of COVID-19 as millions...
Read more
Advertisment