4 Facts To Know Before Watching “Contraband” – A Film Review 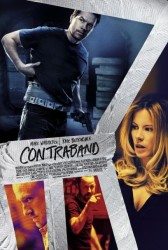 Awareness of the specifics mechanics of the niche are not necessary to enjoy the film.  Most people have no clue the calculus involved in selecting sluggers for a team, or, how much pressure extorted on a wire can activate a bomb. Yet, these films appeal to a wide audience.

Nonetheless, we here at INFOtainmentNews.net thought it necessary to pass along four facts that will help to navigate Contraband:

Contraband is worth a watch.  Mark Wahlberg is a true modern film thespian.  He is the breed of actor who researches and immerses himself in his character.  This acting-formula often yields powerful performances.  However, the film does fail in fully fleshing out the characters.  I wanted to see more and learn more about the dynamics between the characters. Of course, there is a long list of items related to conflict, plot, relationships, etc., that strengthen the film.  However, character development is a little light.

Director Baltasar Kromakur does a great job of providing a window into this sub-culture. You do not need to know anything about smuggling to appreciate this film.  However, you will need our four facts to help navigate the film.

To protect his brother-in-law from a drug lord, a former smuggler heads to Panama to score millions of dollars in counterfeit bills.

Previous articleNight at the movies with Eric: Underworld – Awakening
Next articleCome Hangout With President Obama

Why is Hollywood Gossip so popular?