Google has introduced its much rumored Google Music service at the company’s “It Goes to 11” event held at Google’s headquarters in Mountain View, California. Google Music has been in beta since May when google first introduced the world to its Google Music Beta.

Google has evolved its Music service since the beta. It has become a full-fledged 13-million track service that offers music from Universal, EMI, and Sony Music. Warner Music has not been signed on yet to offer their music.

Google Music integrates beautifully with Google Plus by allowing users to share any song that they purchase, or get for free, more on that in a bit, with their Google Plus circles that will allow other users to get one full listen of that track. This feature beats out anything Apple, or any other music service, has offered in the past. Music has always had a social aspect to it, however Google expands this notion through the use of Google Plus.

I eluded to free tracks earlier. Google Music offers free tracks as do most paid services. There is a bit of a twist with this, Google has secured some exclusive tracks. Some of the launch artists include Busta Rhymes, Pearl Jam, Dave Matthews Band, and even the Rolling Stones. Google will be offering free tracks to bring more users into the fold. The Rolling Stones have released a Live Album that has not been released before, the 1973 Brussels Affair Live album. This is only available from Google Music. I expect Google to make more deals like this to bolster their position within the Market. 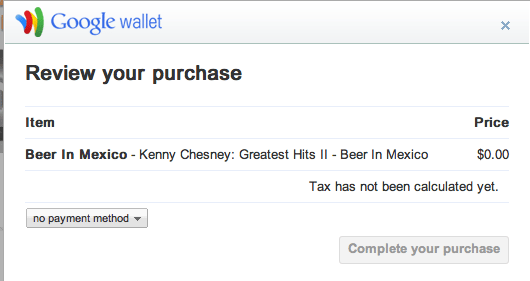 Regarding paid songs Google has integrated their Music shop into the Android Market. It works beautifully on a Desktop-browser, it can work on an iOS device, and Android devices will be receiving an updated Market application to include Music options. Songs from the paid section range from $0.99 to $1.29. This is the standard pricing from the music labels. 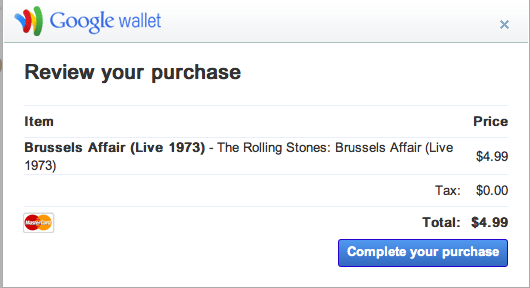 With the introduction of Google Music comes “Artist Hub”. Artist hub allows any artist, indie or mainstream to create an Artist Hub page. You must have the rights to distribute your songs. Artist Hub requires an artist to pay a one-time fee in order to create an Artist hub page. After you have paid this fee you are able to upload your music to be sold on Google Music. Here is the best part for artists, you set the price. Yes, you set the price. There are presets, but you are not required to use these. If you want to sell your music for $1.79 per track, you can do so. You could even sell a whole album for $2.99, it’s up to you. The royalty split is the same as Applications on the Mac, 30% goes to Google, 70% to the Artist. The new Google Music Artist pages will put a big dent into Myspace’s dominance with Music.

Google Music is not just a shop it is also a storage mechanism for your collection, up to 20,000 songs. The music you purchase through Google Music does not count against your total, only the items that you upload. This makes it a much easier option for purchasing music by not forcing you to include purchased music.

Google utilizes an application to upload, and download, your music. When you go through Google’s web interface for downloading your music, you are limited to 2 downloads per track. This is to limit piracy and is completely understandable as to the limit. Passing around Google Music logins would make it a bit too easy to commit piracy. If you use the Music Manager application it will allow you to download your music as often as you want, as well as upload your music to your Google Music storage locker. 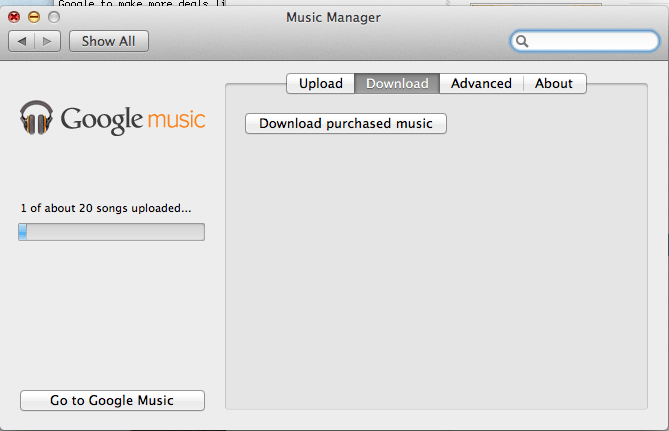 Google Music works quite well, even for somebody without an Android device. It does have its limitations for those non-android owners. If you like Google, and/or hate Apple, and want a free storage locker for your music, Google Music is the way to go. They may not have all of the labels yet, but it is only a matter of time.

Previous articleStay fit even after pregnancy: Easy ways to stay in shape
Next articleSiri Argument

How Not to Throw a Barbecue