Ines Sainz is the Azteca reporter that is all over the news as of late after being harassed by members of the New York Jets at their practice facility earlier this week.

Ines Sainz tweeted this picture, showing what she was wearing the day of the incident. 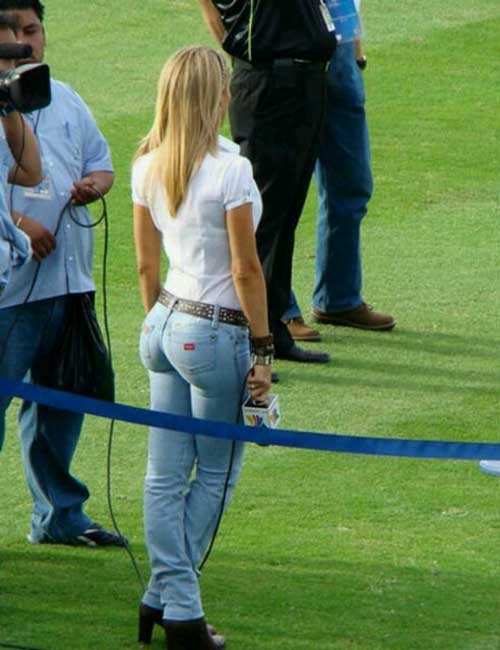 Ines was at the Jets practice facility to do a story on Mark Sanchez when she was the subject of catcalls and stereotypically borish behavior.

Hear what Ines told The Today Show this morning about the incident:

Visit msnbc.com for breaking news, world news, and news about the economy

The controversy is something of a perfect storm, coming after the Jets were featured on HBO’s Hard Knocks where America saw the team’s head coach Rex Ryan (and others) acting in ways that seemed less than professional. As a matter of fact, I can’t count how many times Ryan drops the f-bomb…

What do you think of this whole situation?

Check out this story as reported by Teri Thompson on CBS: