The Sound of Memphis Beat

The show centers on Dwight Hendricks (Lee), a quirky Memphis police detective with an intimate connection to the city, a passion for blues music and a close relationship with his mother. He is “the keeper of Memphis,” a Southern gentleman who is protective of his fellow citizens, reverential of the city’s history and deeply rooted in its blues music scene.

Despite his impeccable instincts as a detective, Dwight’s loose, relaxed style of police work rubs his demanding new boss, Lt. Tanya Rice (Woodard), the wrong way. But Dwight may eventually win her over to a Memphis state of mind, especially when he takes the stage at his favorite hangout to perform a legendary song or two.

Here’s a video overview of the show

What stands out to me, personally already from this show, is the music. With the show being based in Memphis, you know there has to be deep connection with blues, and jazz. You figure, this is the land of Johnny Cash, Elvis Presley, Isaac Hayes and Aretha Franklin, to name only a few.

My sentiments are echoed by the shows creator, Liz W. Garcia (Cold Case) as she states, “…Music is a huge part of this show…It has to be. You can’t live in Memphis and not have your life steeped in music. The city has a soundtrack.”

To get that perfect Memphis feel, the production team approached noted blues singer/songwriter Keb’ Mo’. He will provide original compositions and performances for the show to supplement classic Memphis tracks. 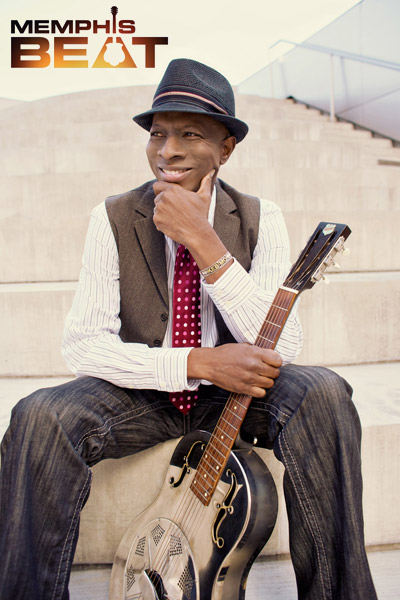 You can’t go wrong with Mr. Kevin Moore (Keb’ Mo’ to his fans) playing the guitar and singing the music for the show.

Many of us have followed Keb’s eclectic blend of blues and gospel music since he hit the national scene back in the early 1970s.

Recently one of the PR agencies I work with sponsored an exclusive interview with Keb to talk about Memphis Beat and what he planned to bring to the drama series and in summary, Keb is really looking to open the ears of a wide audience (young and old) to hear the sounds of Memphis played out in this action packed drama (that does have it’s bits of comedic value as well).

The drama series is produced by George Clooney and Grant Heslov’s Smokehouse Pictures and Warner Horizon Television and runs Tuesday nights at 10 p.m. (ET/PT). Check it out !!

Previous articleGeekbrief with Cali Lewis is No More
Next articleAround The Web: Weekly MashUp

Ten Ways You Can Remain Safe On The Road

4 Tips To Take Care of Your Senior Dogs Nutrition

As your dog ages, their diet needs to accommodate their lifestyle to maintain overall health. Older dogs are prone to losing and...
Read more

Hublot was founded in 1980 and is a Swiss luxury watch company built by an Italian entrepreneur, Carlo Crocco. The Hublot brand...
Read more

How to Boost and Increase the Volume on Mac Computers