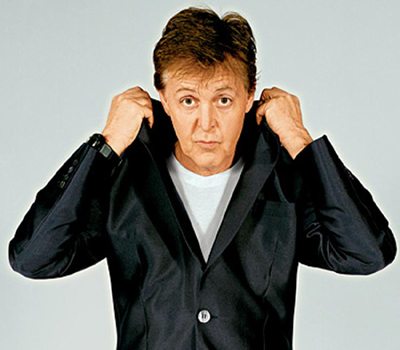 May 17, 2010 – Paul McCartney has announced a performance date at San Francisco’s very own AT&T Park on Saturday, July 10th for his ‘Up and Coming’ 2010 tour. Keeping with his headline-making special concerts over the last… few years, the tour will see the iconic star and his band play unique venues, places and locations; new cities he’s never played and familiar markets he’s not visited for a while.

The July 10th concert date at AT&T Park will be McCartney’s first performance within the City of San Francisco since The Beatles’ last concert tour appearance – at Candlestick Park on August 29, 1966.

Tickets go on-sale Monday, May 24th at 10am through all Ticketmaster locations or online at www.APEConcerts.com and www.Ticketmaster.com

McCartney’s ‘Up and Coming’ tour began in March and are Paul’s first US shows since his ‘Summer Live ’09’ tour last year. The ‘Summer Live ’09’ tour began in earnest with an already legendary inaugural run of shows at New York’s Citi Field Stadium, the site of the former Shea Stadium where The Beatles played the 1965 concert that set the precedent for the modern day stadium rock show. Critics hailed the Citi Field performances, seen by over 100,000 people, as the concert experience of a lifetime.

RollingStone.com commented, “When McCartney did an American mini-tour last spring and summer, fans (and, at the Coachella Festival, some curious acolytes) were astonished by shows that stretched out to the two-and-a-half hour mark. Returning to U.S. shores with a slightly revamped revue that he’s dubbed the ‘Up and Coming Tour,’ McCartney now has an even longer set list that brings his concerts up to a plentiful two hours and 45 minutes. In other words, Rosalita ain’t got nothing on Eleanor Rigby.”

The new show will feature a typically diverse set list drawing on 2 hours plus worth of selections spanning the catalogues of The Beatles, Wings and Paul’s solo career, including tracks from The Fireman’s 2008 album ‘Electric Arguments’.

Paul finished 2009 on a high when he brought his ‘Good Evening Europe’ tour to a close on the 22nd of December with his only UK show at London’s O2 Arena. Reviews for the show were phenomenal and prove that Paul McCartney is a live experience that no one should miss. “The man is living history and the way he continues to bring new energy to his past is incredible,” reported the UK’s largest Sunday paper, News Of The World. The Telegraph exclaimed, “Paul McCartney used his only UK concert of 2009 as a showcase for an epic display of back-to-back basics music-making. Armed only with his four-piece band and the greatest collection of hits in pop history, he traveled back and forth across the decades like the Dr. Who of rock and roll. Whatever elixir the 67-year-old Macca is running on remains a mystery, but he seems to get a huge charge from performing to an audience, especially one that is bombarding him with waves of adoration.”

Paul McCartney – Figure Of Eight :The Beatles And Their Music

Paul McCartney – My Love :The Beatles And Their Music

Paul McCartney – “Every Night” :The Beatles And Their Music

Paul McCartney and Ringo Starr :The Beatles And Their Music

ABOUT US
Contact us: info@hicksnewmedia.com
FOLLOW US
© INFOtainment News is a product of HicksNewMedia © 2020
wpDiscuz
8
0
Would love your thoughts, please comment.x
()
x
| Reply
MORE STORIES