This being my second year attending the Consumer Electronics Show (CES), I headed for Las Vegas with a sense of comfort and a feeling that “I’ve got this!” Having attended two years ago and experienced the sense of overwhelm, sore feet, not enough luggage space for all of the swag, but having had a darn good time, I felt more prepared for my 2013 experience.  It may sound strange, but my number one goal for this year was simply to experience all I could and focus on what was relevant to myself and HicksNewMedia readers that match my demographic (female, 30-something, mom, wife, educator, professional, and budding technologist).

While I was definitely more prepared this year, nothing seems to take away the sense of overwhelm as you navigate transportation to and from the multiple venues, as you step into the Las Vegas Convention Center Central Hall for the first time, as you work to schedule multiple appointments with folks you want to meet with, or as you juggle the long lists of parties and events.

Here are a few highlights of my week…..

– My day one was actually Monday, Press Day.  I started with a press conference with Livio who is doing some great things in the world of apps and cars.  Livio has announced some new auto partnerships such as Johnson Controls,  KPIT Cummins, and Visteon and is moving to a “freemium” model.  One of the emerging technologies that I was particularly interesting in was FM Connect.  This in-vehicle technology allows drivers to quickly and safely interact with traditional radio via a 2-way link from broadcasters to listeners using a Bluetooth connected smart phone.

I also attended the Casio press conference.  After quite a bit of fanfare and an “invitation only” hype, Casio focused on one technology, “signage”.  Casio Signage is based on the idea that the storefront is the most important interaction with the consumer.  Casio is attempting to increase customer attention by creating realistic, interactive images for the storefront.  While the signage can “talk” to customers in multiple languages and can give customers coupons via their smartphones, I found my self wondering if this was all they had to offer.  It seemed as though the technology was a bit outdated and definitely lacked  a “wow” factor.

– Tuesday’s highlight was the International Academy of Web Television (IAWT) Awards show held at the Palazzo Theatre.  As the HicksNewMedia team covered the red carpet, we had some amazing opportunities to interview and interact with nominees and award winners such as Felicia Day (Best Writing Non-Fiction), The League of S.T.E.A.M. (Best Costume), Shira Lazar (Best Host Live), Jeff Lewis (Best Male Performance Comedy) and many more.

– I devoted Wednesday to exploring the Las Vegas Convention Center and attempted to tackle the South, Central and North Halls.  I’m not sure that I fully succeeded however, I did have an opportunity to meet up with several exhibitors including the good people at HMDX Audio make Jam speakers which are inexpensive, Bluetooth and portable.  Wednesday night the HicksNewMedia team had an amazing opportunity to attend the Monster Products Retailer Awards party where Alicia Keys headlined – After performing earlier in the evening at the People’s Choice Awards, Alicia headed to Vegas where she put on not only an amazing, but a personal performance as she sang to her son Egypt who was in the audience.  Celebrities attending the Monster Products party included Xzibit, Sheila E, Janet Jackson, Javier Colon and Tyson Beckford (who I got a picture with – SCORE!!)

As I wrapped up another year of CES, and look forward to what 2014 will bring, I reflected on my lessons learned….not many are different from my past experience:

However, I plan to be more strategic with my focus and scheduling as I am determined to fit even more fun and experiences into CES 2014! 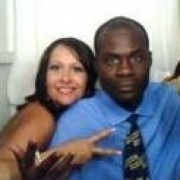 Jen is an educational administrator, professional developer, mom of two and wife. She feels blessed to have a career in which she is truly passionate about and loves both teaching as well as being a life long learner. In her free time Jen enjoys reading, going to movies, hanging out with her girlfriends, spending time at the family cabin, cuddling with her kids and date nights with her husband.

You Want To Work At Foursquare?

iPad News of the Week