In a world of “How-To” YouTube has become an invaluable asset. Whether you want to learn plumbing secrets, how to beat a video game, or best practices in applying makeup, YouTube can show you the way. So, it shouldn’t be too surprising that Olympic boxer Joseph Diaz, Jr. first learned the basics of his craft from, you guessed it, YouTube.

“I was small and nice. I didn’t know what to do, I didn’t know how to defend myself.” From there, his story takes on a Karate Kid-esque parallel as he found his way to a boxing gym only to discover one of the bullies training there.

“He came up to me with two years’ experience and said, ‘You think you’re tough, you wanna spar?’ and I didn’t even know what sparring was.” And like Daniel-san, Joseph fought the bully. But in this story, Joseph only had one week to go from zero to hero, from no fighting technique or knowledge to pugilist.

Enter Joseph Diaz, Sr. “My Dad has been my trainer or seven years. He’s my trainer, my best friend, my father. We don’t clash like other fathers and sons. I listen to what he says.” Training started on day one, when Joseph Sr. found techniques on YouTube and Joseph Jr. readied for vindication. Laughing he tells us, “…and after that week I made him cry, I made him bleed. I just got hooked.”

An Olympian Was Born.

In boxing, like life, most fighters are right-handed; Joseph however is left-handed (a Southpaw). Many Olympic-level fighters, he explained, are also Southpaws since the reverse technique is a significant advantage, especially over fighters who typically train with righties. To get ready, Joseph spars against all types of fighters – quick, powerful, tall, short, rightie, and leftie. Ready for anything.

He explains his fighting style, “I think it’s just based on my opponent if he wants to be fast and box around, I‘ll try to rough him up, work my power, and work inside. If my opponent tries to knock my head off, I’ll stay away from him, use my footwork and outbox him. I’m an overall fighter. I love to hit and not get hit.”

Diaz tells us, “I had to qualify in order to go to the Olympic Trails…I had to place at least fourth in the 2010 US National Championships. I ended up winning. I was the guy to beat in 2011. I was ranked #1 at age 17. I wanted to get that qualifying spot. I won the whole tournament, first place around the whole nation, made me qualify for the Olympic Trials. I went to the Olympic Trials, ranked the #1 seed. I knew everyone wanted to beat me I had to bring my A-Game. I went 4-0 and didn’t lose a match.

“After that I got so excited I started callin’ everybody, my parents, thinking I was an Olympian, and come to find out that I wasn’t the Olympian yet. I had to go to the world championships and place a least 10th out of 100 or something countries.”

Diaz considered turning professional, but after some sage advice from his father, Joseph Jr. realized he was in the same league as the world’s best and after training camp with boxing legend, Freddie Roach, Joseph set out to conquer the world and claim his Olympic spot.

In his second match he faced 2004 Olympic silver medalist, Worapoj Petchkoom. Joseph won by one point. Joseph entered the next fight to qualify for the Olympics against Oscar Valdez, #2 in the world. After winning the first two rounds both fought a blistering final third round. Joseph won and qualified for the Olympics!

Right now, Diaz is both training and making the rounds. He gets up at 6:00 a.m. every morning for a long run or sprints. He hits the weights three times per week and spends countless hours in the gym, sparring, training, and drilling.

When he’s not training, he’s doing appearances with Team USA Boxing including attending the recent Pacquiao-Bradley fight (You can watch the video below – at 16:30 Joseph gives his take on the controversial outcome of that fight).

Joseph also spends some of his down time doing things any 19-year old would do like bowling, go-kart racing, and playing Call of Duty.

In London, he faces a field of tough fighters from Ireland, Russia, and Cuba. Mexico’s Oscar Valdez will be there too.

At the Olympic level, boxing features a single elimination tournament, so if you lose you go home. He’s got to be mentally ready immediately.

It has been an amazing journey, from bullied kid at school, to early skills lessons via YouTube, to Olympian and come August, “Golden” Joseph Diaz Jr. will capture the hearts of boxing fans around the country.

I’m just a young kid trying to do big things … striving for that gold medal.

We wish you the best of luck, Joseph.

Keep up with Joseph Diaz Jr. on Twitter: @josephdiazjr

RT @INFOtainNews: We just sat down with #TeamUSA boxer @JosephDiazJr – this young man IS the #Olympic spirit! Great energy! Good luck at #London2012Joseph Diaz
Joseph Diaz Jr. – Fighting For Country – ESPN Video – ESPN5 days ago … ESPN Video: Joseph Diaz Jr. talks about his journey from learning self defense to turning pro and earning an Olympic berth.
#TeamUSA @Marlen112Boxing @Claressashields @RauSheeWarren @JosephDiazJr @RAMIREZBOXING @ErrolSpenceJr @TerrellGausha http://pic.twitter.com/7GZVAeknJamel Herring
Boxer Joseph Diaz Jr.&#39;s biggest motivation is helping his family …May 21, 2012 … SOUTH EL MONTE, Calif. — The mean streets of South El Monte aren&#39;t so mean any more as they are tired and sometime…
Behind The Scenes: Joseph Diaz Jr. – Boxing Slideshows | NBC …Jul 27, 2012 … Behind the scenes photos of Joseph Diaz Jr. at the 2012 USOC Media Summit in Dallas, Texas.
Swag! RT @JosephDiazJr: Got my own water bottle!! http://instagr.am/p/LtPwj_FXeC/USA Boxing
Boxing w/Olympian @josephdiazjr. So humbled by his story & what an amazing person is. I’ll be rooting 4 u in http://instagr.am/p/Lyt3-bjP-r/Ali Fedotowsky 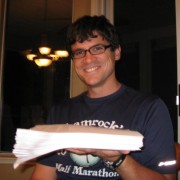 The Suaineadh Project and the Triumph of Masters Degree Education

The 5 Best Dunker’s Ever to Play in the NBA

Players That Influenced the MLS