Not much energy, not much news.  That’s the feel here at Day 2 of the annual CloudConnect show in Santa Clara.

To begin the day I took in the underwhelming Keynotes program.  While initially citing the night before’s Rackspace hosted party as perhaps the reason for the meager enthusiasm in the nearly full main ballroom, the series of brief disjointed presentations that followed didn’t do anything to jump start things.

Where are the bold claims? The brash predictions? The intriguing data points? The major announcements? The insightful pontifications?

Three positive notes among the key note presentations: James Staten of Forrester Research said to “…knock off the what-do-we-do-with-our-legacy-infrastructure quibbling and leverage it…”

And thank you Robert Holleyman, of the Business Software Alliance for jumping right in with some fear, uncertainty, and doubt about fair competition in the global cloud scene being jeopardized  by foreign governments.

Three years ago, cloud was new and interesting and Cloud Connect was about cloud infrastructure outfits defining the cloud.  Two years ago it was more of the same, but with more players and a larger audience, and with bigger talk about the cloud’s potential. Last year hybrid cloud and security concerns were hot topics, and the event was energized by sales people pitching largely to other sales people about myriad new services that were being developed to leverage the cloud infrastructure (Q: so what do you guys do?, A: we’ve got a SaaS solution…).

The current show doesn’t continue the pace, isn’t really bubbling up any interesting themes, and seems to be falling flat.

Organizers TechWeb always put on a good show, and their numbers show growth compared with 2011’s event: pre-registered attendees are up from 3000 to 3500, and the number of exhibitors is up from 75 to about 100.  The Cloud Connect Expo floor has been fairly tame but generally busy enough, with mostly simple and over-staffed booths plus a couple of showpieces like Citrix‘s.

The show features plenty of breakout sessions throughout the days, mostly featuring case studies and few panels – but again, nothing terribly exciting and not much news.

So, at this year’s edition of Cloud Connect it seems that the urgency around all things cloud has very much subsided.  My sense is that the show reflects the cloud market place: cloud solutions are widely in play at the same time there’s still plenty of development and deployment to come.

It’s just likely nothing big, new, or game-changing should be expected on the cloud front as everyone seems to have settled in.

What do you think? Have cloud solutions been accepted and are they here to stay? Will there be many newsworthy cloud developments on the horizon? 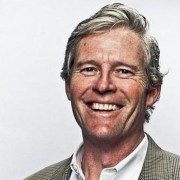 Tom is Director of Business Strategy with HicksNewMedia, a technology consulting and digital publishing agency on the web and social media frontier.