I am very sad to say that I was so disappointed with the new Conan the Barbarian movie.

I really felt that the acting in this movie was lacking on a large scale.  However let’s just stick with the lead role of Conan played by Jason Momoa.  Although a good looking man, acting is not his strong point in my opinion.

I have to be honest I thought that Mr. Momoa would do well in this movie if it wasn’t for the fact he actually had a speaking part.  I believe the reason why Arnold Schwarzenegger did so well in the first Conan movie was because he did the barbarian Neanderthal well with there not being so many complete sentences in the script.  I enjoyed all the Arrghs and the outlandish barbarian facial expressions. It worked for me.

I have seen Jason Momoa in other TV shows such as Stargate Atlantis and even in the hit television show The Game of Thrones.  In each show he is the same gym jock character with the raspy voice.

So kudos to good looks because it has gotten him industry work although he may want to invest in some real acting classes if he wants to take his career to the next level or at least be taken seriously in other movies.

So in the case of the new Conan the Barbarian movie, I would definitely wait until the dvd release if it is not out already given the ratings the movie received.

Please let me know what you think.  I don’t think that I am way off-base on this one.  I do not want to sound like I am bashing this actor.  He was not the only actor not selling this movie for me.  He was just the lead.

I can only call it how I see it and it is only my opinion.  As for many of the women that I have consulted I get the same response, “He looks good.”  I do give Jason Momoa credit for that.  So please get passed the looks and really look at the acting.

I would really appreciate your opinion.

See you at the movies 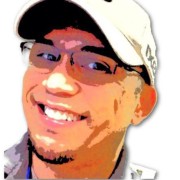 Evolution of the Data Center [infographic]

M-pending Marvel Movies – get your calendars out